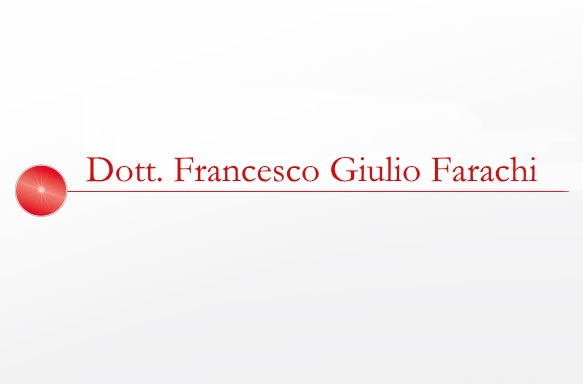 It is easy to feel the aftertaste of a subtle envy when standing in front of Alessandra Casciotti’s paintings. Not only for the obvious reason of the painting, which shows the artist’s capacity to transpose in figurative and luminous rendering sense and notion of a personal mood, a creative impulse, or a suggestion. One immediately senses being lowered into an emotional and ideal dimension that, under the veil of its allegories and fictions, fully manifests its surprising concreteness, the paradox of an indecipherable evidence. And at that point it becomes necessary to recognize and share, as if it were discovered only then, in front of the paintings, how much it is part of everybody’s life, how much its charm and its effectiveness are present even in the most distracted daily life.

This is the dimension in which the consciousness of man comes from the flat objectivity, and does not ignore it, but tries to capture its deep meanings, those that connect it to the soul and the psyche, fantastic feelings and projections, to experiences and memories, those who seek and find themselves in intimate conversation with themselves and who are constantly confronted with that mystery of physicality and spirituality that is properly human existence. This dimension, therefore, is not only emotional and ideal, not only contemplative and abstract, but also has flavors and smells, looks and encounters, touches and desires. So the feeling of envy, not only in understanding the artist’s gift to accurately locate that dimension, but also and above all to restore through the invention of an image the lyrical and invasive value of its universality.

For this very reason, in the work of Alessandra Casciotti the so frequent and enthusiastic appeal to mythological subjects is something beyond a purely imaginary or iconographic model. The symbolic and allegorical character of these subjects, divinities and heroes, personifications and epiphanies, is the maturation of an underlying, principal, human involvement, is the representation of the centrality of a search for sense and order, beauty and measure, in the face of the chaos of phenomena and passions. Research that has no age or geographic or cultural location, a search that is humanly constant, and that in the myth has found poetic and affirmative expression (the neoplatonic philosopher Salustio wrote “these things never happened but are always”).

Although in Casciotti’s paintings the references, perhaps by affection, experience, and communicative immediacy, are mainly attributable to the Greek-Roman classical world, and even though the painter does not overlook with them an inevitable philological attention, the intent is obviously wider and more general, it is to imagine and immerse in a “mythical atmosphere”, where time and space are always present, life is immanent, the human affair simultaneous. So much so that to a traditional representation of her subjects, Casciotti adds elements that gives them the physiognomy of contemporaneity. They are always less statues and less remote than one would ever say, always a little more genuine and confidential than they would be require by their hyperuranic nature. In this, however, they hold a somewhat revolutionary truth.

Or at least a truth to which we may not be used to, we who are in love with an idea of spirituality as a kind of liberating alternative to the slavery of carnal and primary drives, and we who tend to differentiate the excellent and sublimated quality of the soul from the ordinary and vile one of the body and the world. Casciotti is able to show us the complex completeness of being, man who assimilates in himself the power of the divine and the beauty of living and feeling. Which is then the ancestral and lasting fascination of myth.

It is therefore the astonishment, the wonder, the enchantment in front of this harmony of reality that binds the imaginary to the cosmos of symbols and meanings that the artist transfers to the canvas. Harmony that is sweet and joyful, deep and meditative, clear and laid, just like the chromatic and compositional tenor of Casciotti’s painting. The color rules the layout and appearance of each painting, for each single painting receives a note of dominance, light, character, sense of vision and feeling. But first of all, color is an absolute backdrop, a tense and uniform pattern in which space compresses itself until it becomes infinite; space without orientation points, without glimpses or succession of plans, is thus a mental space, space that must only be. Because there is an idea of ​​grace and beauty in it. Ethical ideal and aesthetic coincide, as well as collimate in the sign and pictorial tones, in precise geometric and architectural scans, in the references between figurative elements and proportions.

The painter pursues fiercely, instinctively and with attention, not the formal pedantry, but the compactness and the firmness of the entire implant, both visual and conceptual, of the work. Since harmony in painting, as in life, is a choice of inclusion, it is to choose the general vision, to choose the arrangement of colors and to distribute forms. It is, in short, a disposition of mind, a way of looking at reality and of giving fullness and integrity.

That is why it is so latent, yet so obvious, even in the most ideal and conceptual paintings, that vein of sensuality that is felt to flow to the bottom of the drawing of the pigments and disposition of the figures and that always makes you perceive a certain and relevant contact, almost tactile and sensitive, with your living essence, with your relationships and vicissitudes. For this reason, such a universe, populated with secret symbols and lost gods, looks so close and close to your days, and for a moment seem to be the sideways gap between the skies of ideas and the lowness of passions and instincts. For this reason, that ironic and humorous shade, that desacralizing smile contraction on which you often stumble when reading a sharp title, for an unprecedented approach, for a pose or a resemblance that seems inconsistent or fanciful, never turns out to be arbitrary or decontestualized, but instead gives you the seduction of a different perspective, that of the infinite possibilities that face the threshold of the existent.

The artist then gives the paintings concrete elements of fantastic construction, and so brings the painting to its function, the magic of seeing that traverses the purely retinical figure and opens up a range of colors and lights and impressions to imagination, ideas, emotions; to that dilated and perennial dimension that gives man the perception of what goes beyond physics, the perception of the mystery and the ineffable, perhaps sometimes supernatural and hence the sacred. And so the circle closes: painting becomes matter of ideality, represents and depicts it, brings it to the reality of everyday life, returns to them as reflection on their essence, as stimulus and generation of new meanings.

Here lies the modernity of Alessandra Casciotti’s art, its close attachment to the feeling of our age so frightening and admirable. It is an art projected towards a humanism that is still entirely to be known and felt in which the role of the whole human experience and that of the spiritual and emotional tensions are never closed within the boundaries of a manner of evocation, but are pungent, proposed, promise for the awareness of a present and, ultimately, of a future that can be achieved.